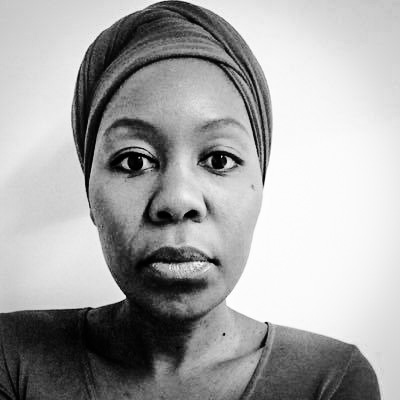 South Africans continue to look for saviours and get excited when people we consider to be fearless speak truth to power. Right now, given the widespread enmity towards Jacob Zuma, anyone who is opposed to our rapacious president and his band of merry defenders becomes an instant media darling and a hero of the people.

Before Deputy Minister of Finance Mcebisi Jonas stepped forward, I thought there would be some sort of poetic justice if in the end it were the revelations of Vytjie Mentor that finally brought down the house of cards President Zuma has erected. Ms Mentor’s brand of politics is thoroughly in keeping with the sort of crass consumerist swagger that has eaten away at the ANC in recent years.

Yet with the deputy minister’s revelations yesterday we have a perfect storm for the President: a deeply flawed but obviously authentic whistle-blower in the form of Mentor, and, in the form of Jonas, a loyal cadre whose heartfelt plea makes him look like a reluctant hero.

The ANC spin doctors will be working extra hard to explain that this is a way that protects the president and tries to jettison the Guptas. This will not be easy. Mr Zuma spends far too much time in the company of these people.

The idea that they would engage in such audacious acts without his knowledge is about as plausible as the notion that he had nothing to do with the landing of that plane at Waterkloof airbase in 2013.

Even on Wednesday night people were lauding Mentor and Jonas as heroes. Their integrity and fearlessness were being heralded, and all of our most hopeful ideas about who we are as a nation were in full flight.

This worries me. Of course, Jonas and Mentor have taken important and brave steps. Yet their actions come very late in the game. Both of these protagonists seem to have just woken from a slumber, breaking silences that lasted for years and were clearly filled with many whispers and heated debates.

It has taken those of conscience who remain in the ANC a very long time to take the country into their confidence. Pravin Gordhan is no different. He has become our most loved leader in the last few months, but he has been a member of cabinet all this time. I cannot pretend that I am not disappointed that he sat on his silence for so long.

Mentor has a lot of heart, that is for sure, and has taken some difficult and important decisions in her political career, such as defending the rights of the woman who accused then Chief Whip Mbulelo Goniwe of sexually harassing her. Mentor’s support was crucial in suspending Goniwe and barring him from participating in politics for three years.

Despite this, Mentor was also caught up in a 2010 expenses scandal that saw her spend R135,000 on that infamously “unrecollected” trip to China. So while Mentor has shown her fieriness, taking Zuma on with a forthright manner that has endeared her to South Africans, she is also made in the mould of many of the post-apartheid politicians we have come to recognise.

As the debacle that cost her her position shows, she was happy to be on the gravy train for a while. These are the contradictions that we cannot afford to brush away. Mentor is clearly disgruntled. This does not make her observations invalid or untrue. In fact it makes them far more damaging.

These days Mr Zuma’s biggest threats come not from those who use the rule of law and fight fair, but from those likely to be less formal in their representations, and therefore may have more to say. There is no better example of this than Julius Malema.

When the leader of the EFF speaks about the skulduggery of the ANC, he does so from a position of knowledge. No one doubts the veracity of his claims, even if they have questions about his motives.

The comments from Deputy Minister Jonas, of course, provide some succour. It is evident many who ought to have spoken up ages ago are now beginning to chirp. The question is whether there will be enough of them, and whether they will have sufficient strategic and financial pull to influence the outcome of this crisis.

Anyone who still believes that the good always win in the end hasn’t studied history. The strong win. At the moment opportunists are scrambling, trying to choose sides and contort themselves into new positions. Don’t be fooled, though, this isn’t the beginning of a new dawn. Those who spoke up early and often will not be vindicated: They will be erased by the contortionists.

South Africans should be wary of championing Mr Jonas and Ms Mentor as heroes. That term is too easily bandied about these days. Perhaps it is because the darkness of apartheid required us to have exceptional leaders.

So today, South Africans continue to look for saviours and to get excited when people we consider to be fearless speak truth to power. In this present moment, given the widespread enmity towards Zuma, anyone who is opposed to our rapacious president and his band of merry defenders becomes an instant media darling and a hero of the people.

This sort of uncritical adoration is both unhealthy and unwise. Not all of the people who will bring Zuma down will be nice guys. Indeed, no doubt the president will look back wistfully at the days when Advocate Thuli Madonsela was his primary antagonist. She was a rare and special kind of enemy.

With every passing day the president reveals himself to be our biggest threat to national security. He has been singularly prepared to mortgage the country in exchange for his financial security.

The showdown between SARS and the Hawks, the shenanigans in the intelligence services, the ructions within parastatal boards, and the bloated diplomatic and ministerial corps are all testament to his agenda to ensure that as many people are beholden to him as possible. There can be no independence when people owe you their jobs, their contracts or their positions.

The ANC Zuma leaves behind will either emerge rejuvenated and stronger or it will be broken and unfixable. Often, people think that an unfixable ANC will die. This is a mistake. The ANC that rules South Africa is already deeply dysfunctional. Though some argue it can still be redeemed, I am not so sure. The point is, it can get worse.

Given the state of the opposition, the ANC can and probably will continue to hold onto power for a long time to come. If this moment is not handled correctly the worst elements will take over.

Keeping this in mind: South Africans must be vigilant in ensuring a robust and publicly-driven conversation about the standards we expect from our leaders. To be sure, this will not guarantee that the ANC listens. Still, a failure to proactively put forward ideas about acceptable conduct will doom us.

If we let ANC internal processes sort out the Zuma problem and we praise anyone who merely speaks out, then we will lose the Big Man but inherit all of the problems he had aggravated during his disastrous tenure.

We will repeat 2009. Going into Polokwane, the ANC was desperate to get rid of Mbeki, after its members had endured years of silent resentment. They were so desperate that they chose Zuma to lead them. We can’t let them make that mistake again. An anything but Zuma approach will be cathartic, but it’s no way to chose a leader.

Gordhan and Jonas and Mentor are temporary heroes. I support their truth-telling, and salute the courage they are mustering now. But I’m not about to become a praise-singer. If we allow our dissatisfaction with the president to make us less discerning than we ought to be, we will continue to stay in this troubled place.

We cannot anoint saints and proclaim devils. I’ve paraphrased June Jordan before and I will do it again: We are the ones this democracy has been waiting for.

With a background in funding non-profit organisations fighting for democratic change in Africa, Msimang has become a powerful advocate for the better use of money and power on her continent. She writes about money, power and sex. She is the former executive director of the Open Society Initiative for Southern Africa.

On 1 March 2020 the Coronavirus hit our Southern African shores and was picked up first in South Africa. It then spread into the…