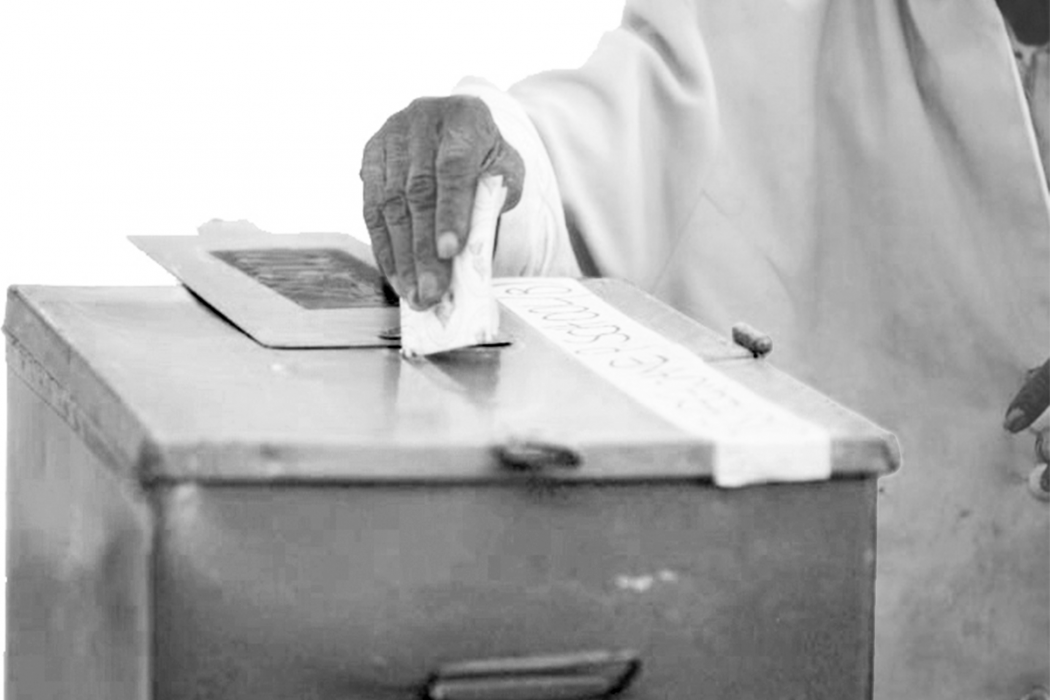 For many South Africans not voting during local and national elections is an act of protest – however counterproductive – against runaway corruption, corruption, incompetence and the unresponsiveness of the governing ANC.

The Council for Scientific and Industrial Research (CSIR) predicted that only 48% of the over 26m registered voters had turned up for the 1 November 2021 poll. In the 2016 local elections, the figure was 57%.

Poor voter turnout is not a new phenomenon. In fact, if the voters who registered to vote in each of the elections since 2004 had turned out to vote, and all voted for a particular party, that party would have won the elections.

The question is: why would voters angry with the dismal governance of the governing ANC, put aside their most powerful weapon to hold the party accountable, the ability to withdraw their vote for the party and vote for other parties, rather than prefer to boycott the polls, and in so doing, allow the party to continue to misgovern with impunity?

Not voting, because it brings the party or leader one is dissatisfied with, back into power, bringing a continuous loop lack of public service delivery, lack of accountability and lack of responsiveness from governing parties and leaders.

Some ANC voters who boycotted the polls this week, feel a sense of powerlessness, in not getting the ANC government to respond to attend to their needs. Many feel a deep sense of hopelessness, struggling daily to make ends meet, with public services such as schools, hospitals and police not working, but the ANC and government leaders, making promises to give them a better life, on which they do not deliver on.

To rub salt to injury the ANC leaders who make these promises live the bling life on public money, steal and mismanage public resources and give their undeserving comrades, family and friends to public jobs, and contracts. At the same many voters feel a sense of despondence in that they cannot hold elected leaders and public servants accountable through a mostly equally unresponsive democratic system also.
Municipal councils, provincial and national legislatures, democratic watchdog institutions, have either been captured by corrupt elements or docile appointees or designed in such a way, that they are accountable to the very same in different political parties and leaders.

This explosive combination of party and leaders’ promises, coupled with non-delivery, corruption, bling and indifference, and unresponsive democratic oversight institutions, contrasted with their – voters’ own grinding poverty, unemployment and the daily grind to make ends meet – combines to give a visceral sense of angry, hopelessness and dissatisfaction, that people actively make a choice not to vote.
Many more older ANC voters view the ANC, because of its role in the anti-apartheid struggle, not as a party, but as a movement, one has to support for life, like supporting Orlando Pirates or Kaizer Chiefs, football club that or like a church, which one cannot easily leave. So, even if they are deeply despondent with the ANC and leaders, these ANC voters and supporters cannot get themselves to vote for opposition parties and leaders. They see voting for parties other than the liberation movement as selling out.

There is another different group of voters who are also not voting. They are younger voters, who had not to experience the ANC as a liberation movement, but became to maturity at the end of apartheid when the ANC was in government. However, they feel the same despondency about the ANC’s persistent failure combined with unresponsiveness.

For this younger group, there is the added frustration that the governing ANC, a deeply patriarchal liberation movement, led mostly by geriatrics, who still stuck in the “them against us” Cold War world, Marxist-based policies and using archaic revolutionary language such as the National Democratic Revolution, as if they are still an anti-apartheid opposition group, and not the government responsible for delivering public services.

Both older ANC voters and younger born-free vote boycotters’ belief wrongly they as individuals and their individual votes do not count, they cannot make a difference in the face of the all-powerful, but unresponsive ANC, state and democratic system.

What can be done to encourage non-voters that they are important, their vote count and their vote is more impactful than a street protest? Some countries have introduced compulsory voting in some time or the other in their histories, these include Australia, Belgium and Luxemburg.
Other countries have introduced an option on the ballot paper where voters who are dissatisfied with all parties or leaders contesting an election indicate they do not support any party or leader. This gives allows voters to vent their anger, while at the same time participating in the democratic process through voting.

However, the most important point to get across to all voters through voter education programmes, not to vote for parties and leaders based on loyalty, whether struggle, ethnic or colour loyalty, but to vote for them based on merit, competency and honesty. Voting for parties, other than one’s own, force the delivery of public services, bring accountability and responsiveness.

William Gumede is Associate Professor, School of Governance at the University of the Witwatersrand. He is Executive Chairperson of Democracy Works Foundation and former Deputy Editor of The Sowetan newspaper.

During the anti-apartheid struggle, Gumede held several leadership positions in South African student, civics and trade union movements. He was a political violence mediator and area coordinator for the National Peace Committee during the multiparty negotiations for a democratic South Africa and was seconded to South Africa’s Truth and Reconciliation Commission. He is the author of several number 1 bestsellers. His more recent books include: Restless Nation: Making Sense of Troubled Times (Tafelberg); and South Africa in BRICS – Salvation or Ruination (Tafelberg).

For Truthful Reconciliation: A Movement toward the Liberation of Self