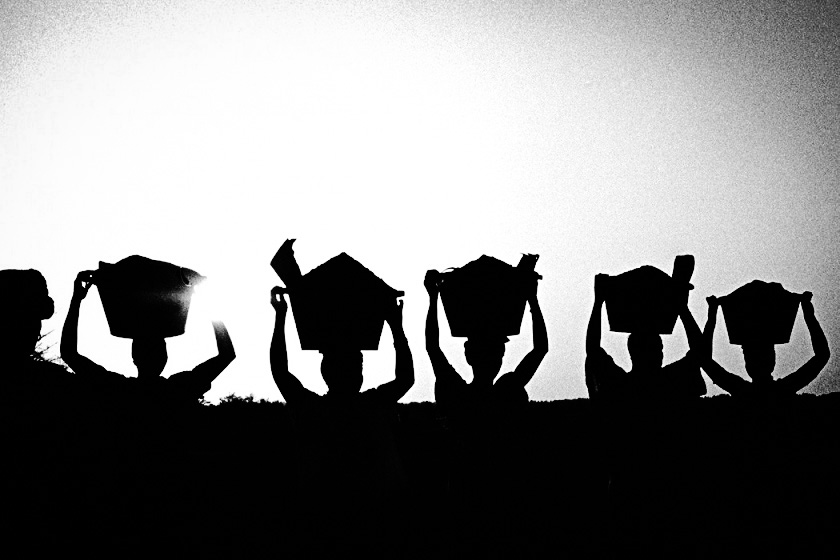 Africa is wealthy, but the people are not. The land is productive, generating trillions of dollars, yet this income eludes the masses. It is time to redirect the estimated $62billion annually lost through illicit tax evasion back to the people in sub-Saharan Africa. To this effect, Studies in Poverty and Inequality Institute and the SADC BIG Campaign propose a Basic Income Grant (BIG) to be deposited directly to individuals residing in the SADC region.

The SADC BIG initiative is not a handout; it’s a social justice mechanism vital to eradicating the inhumane conditions that 50% of sub-Saharan Africans find themselves in. A poverty trap from which escaping requires critical and decisive action. A monthly cash transfer, predominantly funded by extractive companies, is one that is both feasible and just. This is what the SADC BIG Campaign, alongside the Africa-wide BIG Coalition, is advocating for.

A number of BIG pilots in Africa have been successful; in particular the Namibian pilot, that shows unprecedented economic growth and reduced levels of inequality for recipients in Otjivero-Omitara, Namibia. The vast multipliers include increased access to HIV treatment, new small businesses, a drastic reduction in underweight children, increased school attendance with school drop-out rates falling from almost 40% in November 2007 to 5% in June 2008, and further to almost 0% in November 2008. In the western world, Canada, Finland and the Netherlands have experimented with the BIG developmental policy and also found mostly positive results including increased general wellbeing and economic participation.

In a June 2016 article, The Economist called the initiative “basically flawed” stating that the costs of the program are certain but not the returns, as such making it an obvious risk which can also breed work apathy thus impeding productivity and resourcefulness.

However, pro-BIG economists argue that a risk-benefit analysis is not the appropriate tool to vet an economic measure geared at social and redistributive justice, as evidenced in the pilots of the model.  As demonstrated by the results from the Namibian pilot, there was no evidence of work-apathy, wasteful expenditure or abuse of the grant. As the organisation Give Directly has noted “This study documented large, positive, and sustainable impacts across a wide range of outcomes including assets, earnings, food security, mental health, and domestic violence.”  Avoiding employment, despite the income grant, is not a viable option in the African context.

Most anti-BIG economists tend to use a developed world context to argue against the initiative, this is highly fallacious as noted by Berkeley Professor Pranab Bardhan “…may be premature in the advanced countries. But such schemes should not be dismissed in the developing world, where conditions are such that they could offer an affordable alternative to administratively unwieldy and ineffective welfare programs”. The African situation is conducive for this instrument, with bleak prospects and a deepening poverty cycle, the BIG acts as an effective and immediate catalyst to development.

There is already an influx of aid coming into the continent, an alarming percentage of which does not reach the intended recipients. The logistic and administrative costs of implementing social upliftment programs pose an ongoing challenge. Donor funding is often not enough to sustain such welfare programs, coupled with the lack of political will on the part of African states. One such example is the Tanzania Social Action Fund (TASAF) of which 25% is funded by the World Bank. The simplicity of implementing a BIG has been found to have extensive multipliers, amongst which are community solidarity, dignity and a decrease in the abuse and disenfranchisement of women.

It is a truly perplexing time to live in, where the need to ensure a decent standard of living for all humans has to be negotiated, considered a risk and treated with little urgency. As stated by the Basic Income Earth Network (BIEN) “If a universal basic income is a universal human right, then there is no question of whether the benefits are worth the risks.” Africans do not need any more aid, we need to meaningfully benefit from the irreversible extraction of our resources. Africa, let us make the resources work for us – Our right, our wealth, our share.

***The views of this  blog do not necessarily represent the views of Democracy Works Foundation.

Victoria Bungane joined the Studies in Poverty and Inequality’s advocacy team in August, prior to this she was part of the inaugural cohort of the Auwal Socio-Economic Research Institute’s Future Leaders program. An aspiring development professional focused on rapid industrial growth and innovation in the African Continent, Tori also runs a small Analytics Consultancy, Sinani Analytics, part time. She holds a Bachelor’s degree in Economics Philosophy and Politics from UNISA and is currently pursuing post- graduate studies in Economics and Data Science. An avid writer, Tori contributes periodically for Khalala and African Green Element Magazines.

A number of African countries have been notching up spectacular economic growth rates for the past few years. The problem is these countries are…