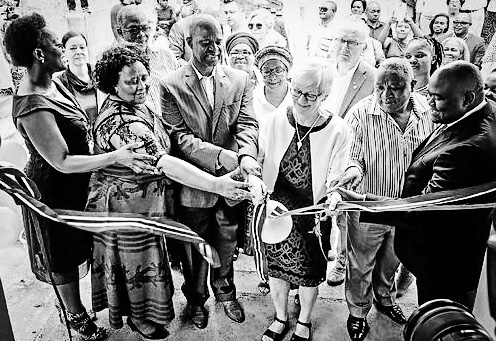 Hanne Løvlie, an extraordinary, energetic young Norwegian woman with an implacable sense of social justice, had a dream to improve the lives of women in KwaZulu­Natal, where she’d spent much of time during her studies.

Unfortunately, Løvlie couldn’t see her dream realised this weekend, when a women’s shelter was launched in her name. Løvlie was one of 77 innocent people murdered by Anders Behring Breivik on July 22 2011 in the worst violence witnessed in Norway since World War 2.

Løvlie’s values and sense of community are undoubtedly the result of her upbringing by her formidable family .

Her brother Jorgen Løvlie said the family received compensation and approached the Norwegian charity Impande, headed by Rolf Olsen, to help them identify a good project.

The result of their collaboration was the launch of Hanne’s Shelter for vulnerable women in Gcilima, a village in KwaZulu­Natal. The shelter can accommodate up to 27 women and will provide support and counselling for victims, giving women a chance to get their lives back on track.

The project was kick­started with the advice and help of Olsen and Lawrence Wintermeyer of Impande, Chief Xolo and the Network Action Group, a community ­based organisation in the Ugu District. Hanne’s Shelter will be run by Siyamthanda, a non­profit organisation.

The project is endorsed by the Royal Norwegian Embassy and supported by the Department of Social Development. The shelter building was donated by the Madikiza family, who will also run an outreach programme with the team.

The Madikizas, like the Løvlies, have been affected by violence. The site ­ their family home ­ was attacked during political violence in the 1990s. Both families felt compelled to create something positive and enduring.

At the launch of the shelter, a large Norwegian delegation comprising the Løvlies’ friends and family was present. Amid the several substantial donations pledged, writer Åsne Seierstad donated the entire proceeds of her book One of Us: The Story of Anders Breivik and the Massacre in Norway.

In addition to Norwegian support during the struggle against apartheid and with development projects in South Africa, there are several generations of Norwegian South Africans harking back to migrants who arrived in Port Shepstone in the 19th century.

This spirit of collaboration between the Norwegians and South Africans demonstrates Olsen’s belief that connecting people is key to social upliftment.

He convinced the Løvlies to come to KwaZulu­Natal when they first decided to work with Impande.

Chief Xolo promised the Løvlies he would allow the project, highlighting the facts that the community needed to tackle the roots of the social problems, such as unemployment and substance abuse, that lead to violence against women.

*This article was published by Times Live and can be viewed on their website by clicking here.

She is the co-host of the African Arguments podcast for the Royal African Society and has provided commentary for The Guardian; New African Magazine; The Times; 702 Radio and the BBC. She was a senior editor in capital markets at the Financial Mail in Johannesburg,  and is an economics contributor to The Times. Desné holds a PhD in finance from the University of Edinburgh Business School, and an MSc in Finance and Financial Law from SOAS, the University of London.

The ANC is adrift, and the country with it

Maybe the ANC already does know that it’s in trouble. Mantashe, who somehow manages to annoy a little less than some of his other…